We operate as a member-owned worker cooperative.  The two central characteristics of worker cooperatives are: (1) worker-members invest in and own the business together, and it distributes surplus to them and (2) decision-making is democratic, adhering to the general principle of one member-one vote.

Deconstruction Works is a Vermont based team of deconstruction workers cooperating to create a vibrant reuse culture.  The members of our cooperative are:

Erich Kruger has been in the building trades since 1997 when he was teaching carpentry in Antigua, West Indies as part of the Peace Corp/Crisis Corps.  In Vermont he has worked for several general contractors and on his own.  In 2005 he founded the non-profit ReNew Building Materials & Salvage, and has consulted with, and later ran, the deconstruction program at Finger Lakes ReUse in  Ithaca, New York .   He holds a degree in Wildlife Management & Environmental Ethics (minor).

Erich is happiest when he is diverting building materials at a job-site in the company of other like-minded conscientious deconstructors, or on the wood floors of a local contra dance with his family.  He lives in a straw bale home he built with ecological features, including solar electric, solar hot water, composting toilet, and masonry wood heater/oven. 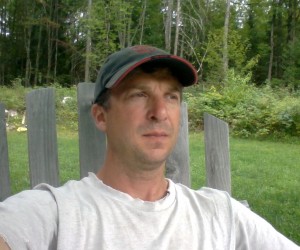 Tom Shea has been involved in environmental conservation and building trades his entire career.  Upon graduation in 1995 from the University of Massachusetts at Amherst with a degree in Natural Resource Law and Policy he worked for the better part of ten years with a variety of state, local, federal and non-profit organizations throughout the country designing and building recreation trail systems.

Tom started calling Vermont home in 2001 and currently lives with his twin daughters in Central Vermont.  Once in Vermont, he began working as an environmental consultant where he specialized in erosion and sediment control on large commercial construction sites.  He has completed many stream and watershed restoration projects throughout Vermont.

From 2010 – 2013 Tom served as an operations director for a Burlington based non-profit ReSOURCE, where he was responsible for the management and staff development for their deconstruction program.  While at ReSOURCE Tom fine tuned his management and deconstruction skills, for which he has always had passion.

Tom is a Master Deconstruction Skills Trainer with the Building Material Reuse Association.  He recently  taught a deconstruction course at Yestermorrow.  Tom loves to safely and efficiently salvage building materials from houses that would otherwise be headed to the landfill and to then create functional items from these salvaged materials. 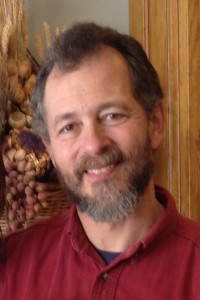 Michael Weitzner lives on a small hill farm in West Brattleboro with his wife and daughter and a handful of livestock. He began his working life as a marine biologist and environmental toxicologist and shifted into the construction trades when he became a dry stone waller some twenty years ago. Qualified as a Master Craftsman through the Dry Stone Walling Association of Great Britain, Michael is principal of Thistle Stone Works where is spends his summer months.  He has espoused resource conservation and environmental protection since his youth.

Remodel or Rebuilding starts with Reuse. We can save a variety of building materials in the early stages of your project; For larger projects the cost of deconstruction may be entirely offset by the value of the tax-deductible donation of the materials to one of our non-profit partners. We can help you find an appraiser, and then you can check with your tax adviser. Alternatively, the cost of deconstruction can be partially offset by the value of salvaged materials. We work directly with architects in the specification stage, as well as homeowners, contractors, or demolition companies to produce results on your timeline. The best results are the product of early and clear communication among the team members. With 8 years of deconstruction experience, we are familiar with everything from sheds to lake-front property take-downs. References gladly provided.

Deconstruction Works3 days ago
Wilmot, New Hampshire
We had a “bat find”; the poor little one was trying to hibernate over one of the transom windows. 

We are taking apart this barn so it can be rebuilt in another location .